I write flash fiction and longer short stories. My work has been published in Spelk, Dear Damsels, jmww, Anti-Heroin Chic, X-R-A-Y and elsewhere.

My story ‘Receipts’ was one of fifty selected for the inaugural list of Best British and Irish Flash Fiction 2018-19 (BIFFY50).

I recently graduated from the 2021 Northern Short Story Festival Academy.

“I have always been impressed by Monica’s perceptive and sensitively-drawn short fiction. I have no doubts about the quality of her writing or her commitment.”– Peter Spafford, Director of Words, East Leeds FM

My story ‘Tell Her It Means Love’ is in the latest issue of The Parliament – online and in print, which is always a thrill.

You can take it with a pinch of salt here

You can read it here.

Delighted to have some short fiction – ‘I’ Statements and ‘You’ Statements – in this anthology, published today to celebrate 10 years of Retreat West. 33 flash writers from around around the world brought together in this beautiful book! For £10 you can buy your very special paperback copy here

Better late than never, huh? Personal Organiser, 1994 appeared in Virtual Zine in the summer of 2020..

Proud to have a new piece, ‘Some Men: A Survey’, in Issue 3 of the superb Splonk (anglicised form of the Irish word ‘splanc’: flash, spark). Read here.

My latest story, ‘Marks’, is in the excellent X-R-A-Y literary magazine! Accompanied by the awesome artwork of Bob Schofield @anothertower.

You can read it here.

Thrilled to have a flash of mine, ‘Alcohol: Information For The User’, published in Anti-Heroin Chic. Please read responsibly here.

My flash ‘The Report’, which I entered into the Winter 2019 Reflex Fiction flash fiction competition, didn’t quite make it into their annual print anthology. However; they kindly published it online anyway as one of their favourite just-missed-the-longlist stories. You can read it here.

My flash ‘Transitions’, which was long-listed for the 12th Bath Flash Fiction Award back in June 2019, can now be found in print! With One Eye on the Cows : Bath Flash Fiction Volume Four contains 137 micro fictions of 300 words or under, by writers from all over the world. If you like the sound of that you can buy a copy here.

In March two of my stories, ‘Marvel, Interrupted’ and ‘One of the Girls’, read by actor Pam Hilton, were broadcast on ELFM as part of their voice- themed Writing On Air Festival. You can listen to them both here.

In May I read ‘One of the Girls’ at the Northern Short Story Festival Flash Fiction Slam, judged by Tania Hershman and Benjamin Judge – AND WON! It’s here if you’d like to read it.

In July another flash,‘All Kinds’ (long-listed in the Reflex Winter 2018 competition, judged by David Swann) was published in the second Reflex Press flash anthology ‘The Real Jazz Baby’. You can buy a copy here.

And in September my story ‘Receipts’ (published in Spelk Fiction in August 2018) was chosen by editors Barbara Byar, Elisabeth Ingram Wallace, Neil Campbell and Rebecca Williams as one of the fifty Best British and Irish Flash Fictions (BIFFY50) of 2018-2019! 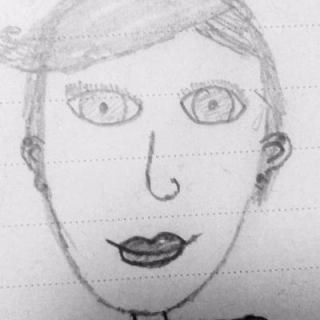